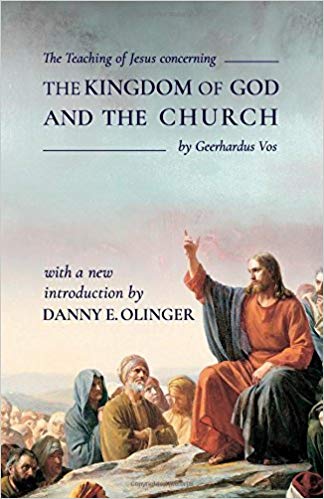 MORE ABOUT THE AUTHOR

Fewer works on the kingdom of God have been so helpful and yet so overlooked. Originally published in 1903, this work by Geerhardus Vos (1862-1949), Professor of Biblical Theology at Princeton Theological Seminary, surveys the teaching of Jesus concerning the kingdom of God. It covers the kingdom in the Old Testament, the meaning of the biblical words for kingdom and kingship, the present and future aspects of the kingdom, the essence of the kingdom, the relationship between the kingdom and the church, and finally the saving benefits of entering the kingdom. Throughout, Vos confronts certain conceptions of the kingdom that had arisen at the end of the nineteenth century, about which he was concerned. This work has been cited little in academic literature on the kingdom of God, which is unfortunate. Vos exposited an inaugurated kingdom with a future consummation long before G. E. Ladd popularized it. This new introduction by Danny E. Olinger, editor of A Geerhardus Vos Anthology: Biblical and Theological Insights Alphabetically Arranged (P&R, 2015), provides critical historical background for understanding Vos as a person and as a scholar. Olinger explains the academic debate about the nature of the kingdom that lies behind Vos's polemical work and also surveys the academic reactions to Vos's ideas. For a proper understanding of Vos's theology of the kingdom of God, this reprinted work with a new introduction by Danny Olinger is indispensable.