Do you know you would have done otherwise?
Loading... 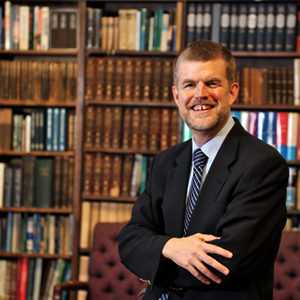 Jonathan Edwards owned a slave. George Whitfield owned slaves and was a pro-slavery activist. Thomas Jefferson, who said “all men are created equal part,” was a slave owner. Should we cancel Whitfield, burn our “Jonathan Edwards is my homeboy” shirts, and take some dynamite to Jefferson’s face on Mount Rushmore? But should we ask a few questions first? Hypocrisy of the highest order to be sure – yet baked into the culture was slavery. What was the silver bullet verse that prohibits slavery? Surely these people turned a blind eye, right? Surely there is no excuse, right? Surely YOU would have done different… Right? Right?…? We ask all these questions and more on this episode with Thomas S. Kidd (author of Thomas Jefferson: A Biography of Spirit and Flesh, God of Liberty: A Religious History of the American Revolution, George Whitefield: America’s Spiritual Founding). Here is frustrating and horrifying subject, but one that we do well to have.

Also, we (TheLaymensLounge) commend to you this sermon, by Voddie Baucham, Ethnic Gnosticism.

Because there are no throwaway verses

When starting a new Bible-reading plan, many readers begin enthusiastically in Genesis but then lose momentum when they encounter the Old Testament laws and genealogies. But the Pentateuch—the first five books of the Bible—has much to offer today’s Christian; it is the foundation for understanding the rest of the Bible,...
Read More

“Orthodoxy, like the spires and beams in a gothic structure, can uphold a bigger and stronger roof. Heresy, however, is like a series of cracks that tend to multiply in ways that, over time, can’t sustain the weight of such beauty. By spreading throughout the structure, heresies lead to collapse. Some...
Read More

Because there are no throwaway verses