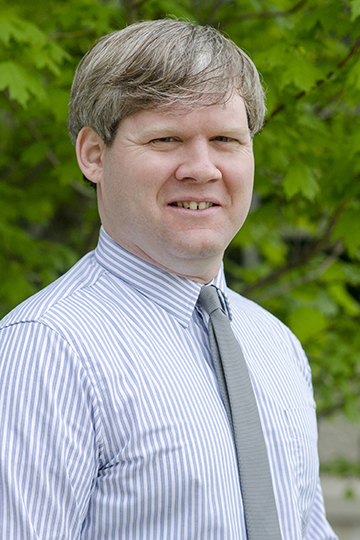 Collin Hansen serves as vice president for content and editor in chief of The Gospel Coalition. He hosts the Gospelbound podcast and has written and contributed to many books, most recently Rediscover Church: Why the Body of Christ Is Essential. He has published with The New York Times and The Washington Post and offered commentary for CNN, Fox News, NPR, BBC, ABC News, and PBS NewsHour. He edited Our Secular Age: Ten Years of Reading and Applying Charles Taylor and The New City Catechism Devotional, among other books. He and his wife belong to Redeemer Community Church in Birmingham, Alabama, and he is an adjunct professor at Beeson Divinity School, where he also co-chairs the advisory board.

15 years ago Collin Hansen identified a movement; “Young, Restless and Reformed.” John Piper, Mark Driscoll, John MacArthur were all pillars. With a heavy emphasis on a Calvinist soteriology, many of them, mostly from the Baptistic tradition, were pleased to cultivate a little bit of rootedness in the 2006 world of relativism and “you do you.” But, it’s been a long 15 years and now these guys have grown up. Some are now pastors, some are apostate and “deconstructed”, and no small amount have taken their own lives. There was no agreed upon natural progression of “what’s next?” and we haven’t seen a cohesive YRR 2.0 planned or executed. After awhile, most of them broke out of the cage-stage and began to ask questions like “Ok, so I’m elect – what does that mean for me as a dad, as a pastor, and as someone who is still hungry for truth? What is the telos of my faith other than being theologically sound? Is Christianity just a heaven to gain and hell to shun?”

Jonathan Edwards is still Collin Hansen’s homeboy – but so is James K.A. Smith, Charles Taylor, Tim Keller (while for others its Bavinck, Joe Rogan, Martin Luther, Jordan Peterson, Abraham Kuyper, etc.). The John Piper books are still on Collin’s shelf it’s just now they are covered with a light dust. Indeed, YRR was never to be the end. It was never the final word and there were still many itches that YRR didn’t scratch. Many of the ever hungry (and dissatisfied) YRR alumni have gone the way of liturgy, Anglican/Eastern Orthodox, Roman Catholic. Some sought to see their faith applied to “every square inch” of their lives and so fell in with the Kuyperians (the OG “neo-Calvinists” by the way), still others became Sacramentarians, and a few to the Lutheran camp with the much-needed reality of a proper Law/Gospel distinction (especially those who thought to be “radical” meant being anything other than a pastor or missionary was sub-Christian, at best, and a “wasted life” at worst). Regardless of where the YRR alum have ended up, most all of them have seen the fact that useless are the days of the “Theological cultural warrior” for the day-to-day.

Join us as we sit down with Collin Hansen and survey the YRR movement asking “where are they now?” and attempt to connect dots of progression (and sometimes the regression) from that starting point.

I will say, if you don’t listen to the episode, rejoice with me and say “amen” in response to Collin’s closing remarks where he reminds us of the weightier things of the Gospel, the folly of the mint, dill and cumin when he says: