A Glimpse Into “Holy Worldliness” Across the Globe
Loading... 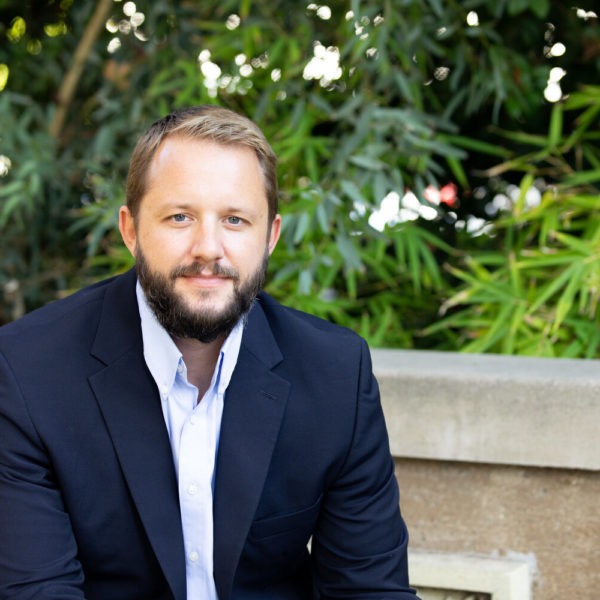 Matthew Kaemingk is the Richard John Mouw Assistant Professor of Faith and Public Life at Fuller Theological Seminary where he also serves as the Director of the Richard John Mouw Institute of Faith and Public Life. His research and teaching focus on marketplace theology, Islam and political ethics, and public theology. His books include Christian Hospitality and Muslim Immigration in an Age of Fear (Eerdmans, 2018) Work and Worship: Reconnecting Our Labor and Liturgy. Cory Willson, coauthor (Baker Academic, 2020) and Reformed Public Theology (Baker Academic, 2021). In 2018 his book on Muslim immigration was named among the best of the year by Christianity Today and in 2019 Kaemingk was named the “Emerging Public Intellectual of the Year” by the Redeemer Centre for Christian Scholarship. Dr. Kaemingk serves as a fellow at the Center for Public Justice and a scholar in residence at the Max De Pree Center for Christian Leadership.

“Through the making of culture, as opposed to simply criticizing it, Christian architects, entrepreneurs, farmers, and city planners offer their neighbors new ways of living and being in the public square.”

“The flourishing of one individual requires the flourishing of schools and families, courts and businesses, artist guilds and sports teams, newspapers and unions, churches and sewer systems. Public theologians therefore refuse to narrow their theological conception of flourishing to just the political, the economic, the spiritual, or the aesthetic. Instead, they aim to further the manifold flourishing of public life.”

“Public theologians endeavor to serve as translators and bridge builders across worlds long divided. When they do speak, public theologians tend to engage in two primary forms of discourse: public persuasion and public critique.”

Join us we sit down with Dr. Matthew Kaemingk and discuss “Reformed Public Theology A Global Vision for Life in the World” – a book that celebrates Richard Mouw and seeks to continue his legacy that encourages a “holy worldliness”, a truly “Reformed public theology”.

This is, again, one of those books that I wish I could describe in a full-on major review. One gets one’s money’s worth on this as there is so much in this collection and I wish I could describe each of the many chapters. Yes, I’ve already read almost all of them (including, or, at least, the footnotes) because, well, that’s how I roll with this neo-Calvinism of contemporary Kuyperians. I’ve been waiting for decades for a fresh and serious collection like this which knowingly applies the Kuyperian model of the Lordship of Christ over “every square inch” of a good creation gone bad (but which is being transformed and redeemed and restored by the Risen One and His missional people.) A book that shows the breadth and scope of Christ’s redeeming work and our multi-dimensional call to think well about all spheres of life with a vision that isn’t trying to “take over” or win the culture wars but that is pluralistic and cares deeply about justice for the common good.  Yep, all that is shorthand that I often use to allude to the Kuyper tradition of (“in the line of” as the Dutch say) Holland’s early 19th century prime mover who became Prime Minister and is exactly what Kaemingk (himself one of the young rising stars of this movement) has naturally baked into the scholarship of this remarkable collection. There hasn’t been a great big book like this within the reformational tradition for a very long while.

And, happily, it does update the Neo-Calvinistic lingo a bit — not just offering citations from arcane Dutch philosophers (like Dooyeweerd, say) and older Dutch theologians (like Bavinck, say)  — by using the current language of “public” theology. This is really helpful, and there is a good bit in the opening about what is meant by (and, of course, the history of) the phrase “public theology” itself.

Actually, though, Dooyeweerd’s and maybe Kuyper’s strictest followers would cry foul —  conscientious Reformed scholars writing about the aesthetics of fashion (as Robert Covolo does) or work (as Katherine Leary Alsdorf does) or about political activism (as Stephanie Summers does) or how to think about what poetry is and does (as James K.A. Smith does) are not, in fact, theologians or, technically, doing theology, as such. But yet, these scholars are informed by great theology and (my hunch is that they most likely know more bone fide theology than your typical church pastor.) These extraordinary global scholars apply theological ideas and insights to their given field, be it the study of “modern political ideologies” (by Bruce Riley Ashford & Dennis Green channeling David Koyzis) or critical race theory (which Jeff Liou handles adroitly) or the great chapter by Presbyterian Eric O. Jacobsen, “Streets of Shalom: Reformed Reflections on Urban Design.”

Yes, this is theological, but it is “public theology” and in most cases, very public in scope as the chapters examine (and offer Christian insights about) workers rights in China (Agnes Chin) and Japanese aesthetics (Makoto Fujimura) or questions about navigating political pluralism (by way of a great case study in Indonesia by N. Gray Sutanto) and a great piece about engaging pluralism on modern (postmodern?) college campuses by Veritas Forum spokeswoman, the fabulous Bethany Jenkins.

From the study of populism to the ethics of euthanasia to a chapter about the sorts of prayerful piety needed for those in public life (a truly fantastic piece by Jessica Joustra) this work in Reformed Public Theology is vivid, if scholarly, and very much about the issues of the day, concerns and topics about which we should know a bit, at least.

Naturally, there is also rigorous wisdom about the church itself. Editor Matt Kaemingk, you know, did that stunning book called Work and Worship so he is deeply interested in how the local church can shape and motivate congregants for taking up this project of shaping  and living out a coherent, healthy public theology. There are chapters such as a great one by Kyle Bennett on  confession as a practice for civil public discourse; there is a must-read chapter called “A Migrant at the Lord’s Table: A Reformed Theology of Home” by Alberto La Rosa Rojas; the great John Witvliet (of the Calvin Institute of Christian Worship) has a much-needed piece called “Public Trauma and Public Prayer: Reformed Reflections on Intercession.” Nico Koopman has one that is equally vital called “Sexism, Racism, and the Practice of Baptism in South Africa: A Reformed and Transformative Perspective.”

If you are like those who buy most religious books — popular devotional literature and even theological work — who may ask, as they did of the famous Butch Cassidy and the Sundance Kid, who are those guys?  Indeed, where does this rich legacy of scholarly work with practical application come from?

The answer is, as we have said, for this particular volume, the tradition of Dutch Calvinism that draws on Abraham Kuyper and his founding of the Vrije (Free) University of Amsterdam that, in its heyday, was tasked with “thinking Christian” about all the arts and sciences in order to do Christian scholarship to the glory of God but also for the common good. Kuyper wrote much about a theology of culture and offered many theologically potent themes to help us navigate the currents of modern culture. This is the sort of Reformed tradition in its broad scope and public witness that this book stands within.

But more immediately, the book comes from the work of Richard Mouw, former President of Fuller Theological Seminary. Mouw, as I hope you know, is beautifully shaped by this particular strain of evangelical thought (and he even cites us and describes our bookstore about this very thing in his latest paperback, All That God Cares About: Common Grace and Divine Delight which I think is swell.)

After Mouw’s retirement from Fuller he undertook a rigorous program of mentoring PhD candidates who wanted to integrate this worldviewish, gracious, public theology and their particular field of interest. Many of these chapters (although not all — Nicholas Wolterstorff was not a student of Mouw’s, just for instance) are delightful adaptations of PhD thesis’s done under Mouw’s supervision. Yes, this book is what they call a festschrift, a collection of essays to honor a mentor or scholarly colleague as he or she retires. I have rarely seen a festschrift so well done, so exciting, so applicable. And, like Mouw and his global interests, many of these contributors are themselves writing about their application of this vision of public theology to their own context in Africa or Asia or South America or Europe. Whether you know Mouw or not (whether you are even Presbyterian or Reformed or not) Reformed Public Theology is a fabulous (multi-ethnic and global) anthology of some of the very best intentional Christian thinking about specific topics within several various spheres of life that has been published in years.

As Mr. Kaemingk says in the excellent foreword, there are many parts of the world that are under-represented here and there are many topics that are not covered. Admittedly. So, all I can say is that we hope many people buy this one showing the editor and publisher that there is a demand for this rigorous public theology and that — please! — there could soon be a part two. For now, though, relish the joy of learning and buy yourself a copy of Reformed Public Theology : A Global Vision for Life in the World. We thank you for caring. 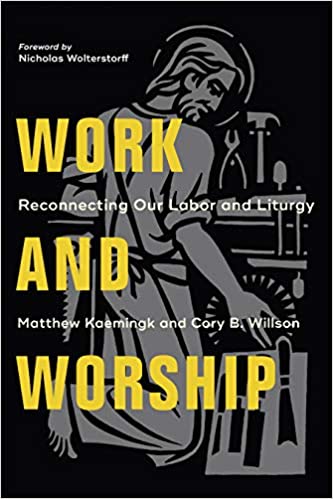 Work and Worship: Reconnecting Our Labor and Liturgy
BUY NOW 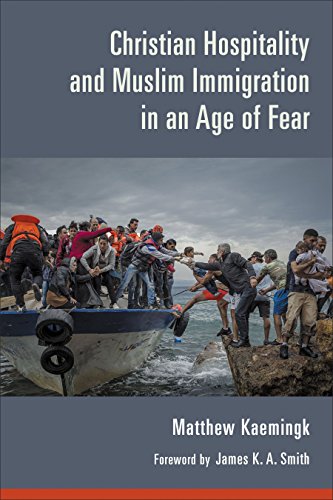