Jesus is More than “Personal Savior” 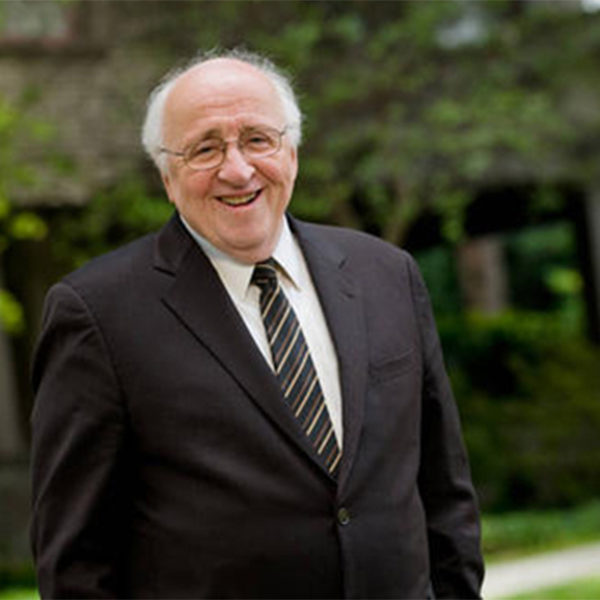 Richard J. Mouw (PhD, University of Chicago) now serves as professor of faith and public life after twenty years as president of Fuller Theological Seminary. He has written over twenty books on topics of social ethics, philosophy of culture and interfaith dialogue, including Uncommon Decency, The Challenges of Cultural Discipleship, Praying at Burger King, The God Who Commands, Calvinism in the Las Vegas Airport, The Smell of Sawdust, and Talking with Mormons: An Invitation to Evangelicals.

A leader in interfaith theological conversations, particularly with Mormons and Jewish groups, Mouw served for six years as co-chair of the official Reformed-Catholic Dialogue and as president of the Association of Theological Schools. For seventeen years he was a professor of philosophy at Calvin College and in 2007, Princeton Theological Seminary awarded him the Abraham Kuyper Prize for Excellence in Reformed Theology and Public Life.

We heartily recommend reading every book by Richard Mouw you can. Here's a sermon/lecture that is gold.

I work with a broad definition. Theology is reflecting on all that God has revealed about all that God cares about. I like the way that this pushes the boundaries of what has traditionally defined the scope of theology. I have been helped a lot in thinking about this by the late Wheaton philosophy professor Arthur Holmes, who  wrote in one of his books about the difference between what he described as “theologians’ theology” and “world-viewish theology.” The first kind of theology deals with  the technical topics that professional theologians talk about when they are engaging other theologians: technical formulations about the doctrine of the Trinity, for example, and the sense in which Christ was the eternal Logos.. The second kind,  the “world-viewish” variety,  explores questions that are posed to theology from Christians who are living out a worldview in their daily efforts as disciples of Jesus. How do I relate to my Muslim neighbor? And how do I raise my kids in a sexually confusing culture? How do I see my work in real estate as service to the Lord?

Holmes was not meaning to denigrate either kind of theological endeavor. He himself devoted much of his writing to matters that emerge in professional type philosophical and theological contexts. But he also wanted to highlight the importance of giving lay people theological guidance for their lives of discipleship.

Where do you see good worldviewish theology being taught these days?

I don’t see seminaries as having done an adequate job in this area. A while back I talked to a investment manager who is also an elder in his local church. He complained that he was not getting much guidance for his work in the Christian community. “I love my congregation,” he said, “and my pastor preaches good biblical sermons. But he is for the most part clueless about what my working life is all about.” I asked him what he wishes his pastor would do for him. “I don’t want sermons on economic theory,” he responded. “But it would be nice if he would at least acknowledge once in a while, in his prayers and sermons, that some of us will be facing difficult challenges in our working lives during the coming week. And it would even be good to let folks know that being in business is not just about making money—but it can be one important way of taking care of God’s creation.”

His pastor was not really the one who was at fault. He had not been adequately trained in seminary for dealing with those concerns.

The major signs of hope that I see are at Christian colleges, and in evangelical campus ministries. There have been some wonderful books and articles in recent years about vocation—God’s call to us to serve him in our working lives—and also excellent studies of Christian worldview topics. These days this kind of teaching also has to become the subjects of short videos and podcasts, in the hope that the ideas will become accessible to discussion groups in local churches as well.

Worldviewish theology isn’t just ideas that we academic theological types bring to lay people. We also need to learn from them. One of my heroes in this regard is Bob Lane, who before he retired several years ago was CEO at the John Deere company. He once contacted me after he read one of my books, and we started getting together to talk theology. John Stott’s writings—along with some Abraham Kuyper—had influenced him, and we had marvelous discussions about what it means to manufacture and sell tractors to the glory of God. I learned much more from him that he did from me!

What are the essentials that have to be included in our worldview thinking?

The most basic thing is not simply a “thinking” matter. It is having a personal relationship with Jesus Christ. Knowing him as Savior is fundamental. But the importance of worldviewish thinking comes with the realization that while he is a personal Savior he is also more than that. We must also know him as the Lord and King over all things. This is what Abraham Kuyper captured so well when he said that every square inch of creation belongs to Jesus Christ. To try to gain clarity about such matters is to honor all the things that God cares about. John 3: 16, one of the best known verses in the Bible, clearly tells us that we are sinners who deserve to “perish” because of our disobedience. But the next verse also proclaims that the God who “so loved the world” that he sent us a personal Savior who also cares about the redemption of the whole world. The Greek word for “world” here is cosmos, which refers to the fulness of created reality—the creation in which God took delight in the beginning, and which he has not abandoned in its fallenness. God cares about the non-human creation, but he also cares about the complexities of our collective lives: the arts, politics, family systems, professional sports. The Son of God came into the world not to condemn it, but in order that this world. this cosmos,  might be redeemed through his atoning work.

So, you’re saying that having a Christian worldview means a willingness to think in “cosmic” terms?

Yes, but I also have to add a warning.  I don’t think we ever get to the point in this life we “have” the right kind of worldview. I have come to emphasize the importance of “worldviewing” in recent years. I describe that as preferring the gerund over the noun! I think active worldviewing is what the Psalmist is pointing us to when he writes that God’s Word is “a lamp unto our feet and a light on our pathway” (Psalm 119: 105). The life of discipleship is a journey. As we walk along there are many bends in the road. We are always coming upon new things. For me this has meant in recent years having to wrestle with the blessings and curses of information technology and artificial intelligence.  You can’t find Bible verses that “solve” all the mysteries and challenges in those areas. So we need to shine the light of God’s Word on what we encounter. And we do this as a way of seeking  discernment. And that’s not simply an individual thing. It means reading the Word and praying together,  talking with fellow Christians about our challenges and confusions—and even arguing each other as we seek to get clearer as a community about the will of God for our daily lives.

I find all of this exciting. It means walking together in faith, with the confidence that the God who has saved us will never forsake us. “I am with you always, even to the end of the age” (Matthew 28: 20).

But much of that is already going on in the Christian community—Bible study, prayer partners, discussion groups. What’s new in what you are proposing?

Yes, you’re right to push me on that. The activities that I am pointing to have long been a strength in the evangelical community. What I am insisting upon is that we significantly expand the agenda that we focus upon in these activities.  For example, instead of just following the party line of our favorite politicians on immigration policies, suppose we got small groups together to ask the Lord for wisdom on how we can support local immigrants—getting advice from various Christian  leaders  who represent differing perspectives on the subject–about what biblical passages they think we should read and discuss together.

I visited a congregation recently where a dozen or so people met each week to discuss the latest episode of “The Walking Dead.” They talked about how various plot lines and characters struck them from a Christian perspective. And they shared thoughts about how those who produced the show were trying to influence the viewers. This is excellent “discernment” activity!

Or maybe we can have folks spend a couple of hours at an art exhibit together, and then discuss what they experienced, and to pray for the artists.

So back to my original offering of a definition of the theological task. Theology is reflecting on all that God has revealed about all that God cares about. 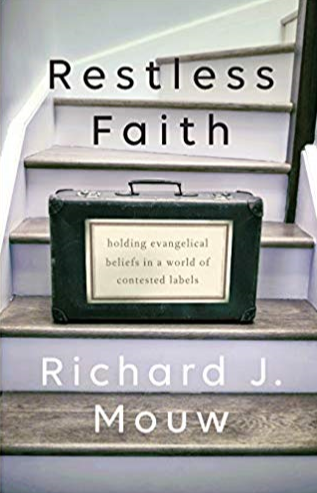 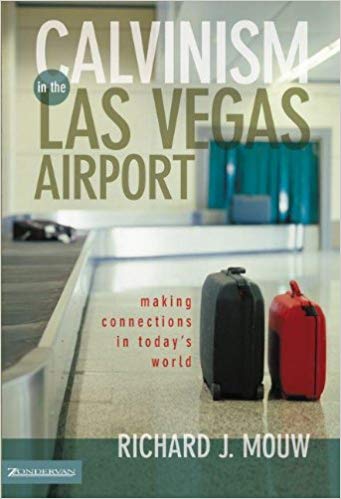 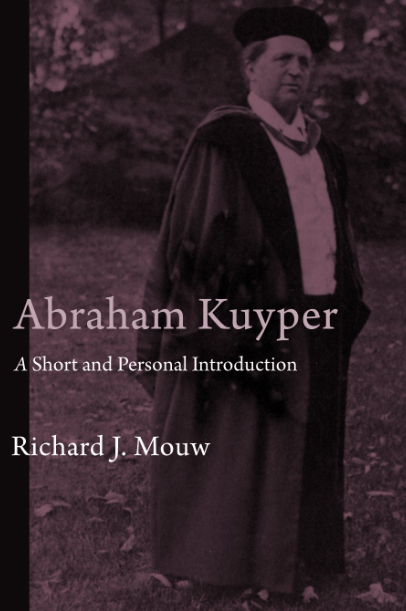 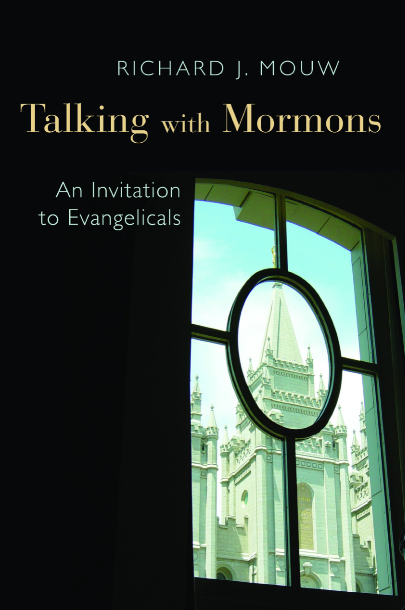 Talking with Mormons: An Invitation to Evangelicals
BUY NOW 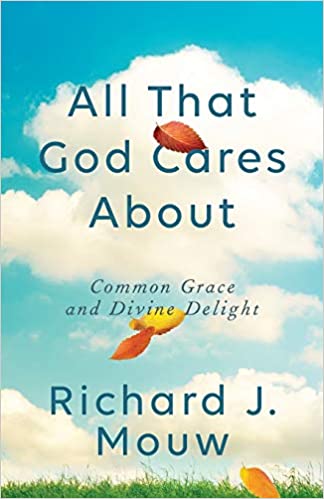 All That God Cares About: Common Grace and Divine Delight
BUY NOW 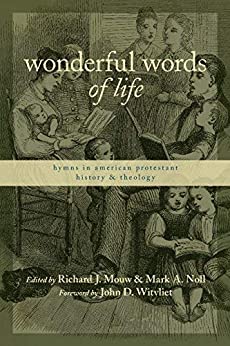