Makoto Fujimura: A Theology of Making – Created to Create

Before the Fall, we were all artists and poets
Loading... 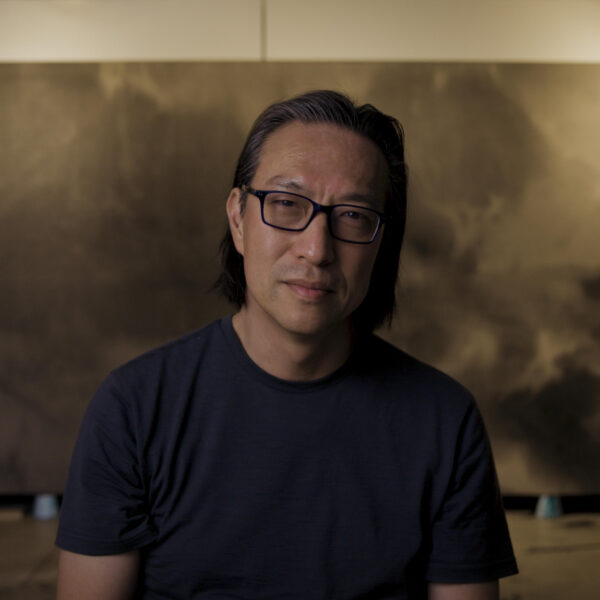 Makoto Fujimura is a leading contemporary artist whose process driven, refractive “slow art” has been described by David Brooks of New York Times as “a small rebellion against the quickening of time”. Fujimura’s art has been featured widely in galleries and museums around the world, and is collected by notable collections including The Museum of Contemporary Art in Tokyo, The Huntington Library as well as Tikotin Museum in Israel. A Presidential appointee to the National Council on the Arts from 2003-2009, Fujimura served as an international advocate for the arts, speaking with decision makers and advising governmental policies on the arts. His book “Refractions” (NavPress) and “Culture Care” (IVPress) reflects many of his thesis on arts advocacy written during that time. His books have won numerous awards His books have won numerous awards including the Aldersgate Prize for “Silence and Beauty” (IVPress). In 2014, the American Academy of Religion named Fujimura as its 2014 “Religion and the Arts” award recipient. This award is presented annually to professional artists who have made significant contributions to the relationship of art and religion, both for the academy and a broader public.

“Can our churches be beautiful again, and not just promote goodness and truth?… It’s one thing to make our work, our business, our arts and our political endeavors good and even ‘successful.’ It’s another to aspire to make them beautiful. It’s one thing to try to educate and raise our children to be good and ‘successful,’ but it’s another to try to raise them to be beautiful.”

Listen in as we sit down with Makoto Fujimura, author of, “Art + Faith: A Theology of Making” and discuss the living-and-beautiful reality of God and His image-bearers. Makoto gives no quarter for mere Theology-as-a-hobby or for a truncated Gospel (or “plumbing theology”). In sitting down with Makoto we don’t get novel and new, rather, we get original telos and tangibles implications of creation and new creation. This interview is for humans seeking full humanity.

Jonathan Edwards owned a slave. George Whitfield owned slaves and was a pro-slavery activist. Thomas Jefferson, who said “all men are created equal part,” was a slave owner. Should we cancel Whitfield, burn our “Jonathan Edwards is my homeboy” shirts, and take some dynamite to Jefferson’s face on Mount Rushmore?...
Read More

Harry van Dyke: A Neo-Calvinist’s Retrospect of Lament and Celebration

Translating Kuyper, the rise of liberalism amongst the ICS and Neo-Calvinists, and reformation not revolution.

In this episode with Harry van Dyke, we talk about translating Kuyper and Groen van Prinsterer, the liberal shift of many Neo-Calvinists and the ICS, sitting under H. Evan Runner, gun control, "Gay Christians", a new Neo-Calvinist research center, and growing up and playing on the same streets as Geerhardus...
Read More

David is a type of Christ and "You aren't David" but is there more to the story than shadows and types?

It’s no secret that the Bible has a lot of stories; at Covenant [they] are concerned to show how it all fits with the Big Story. But what are we to do with the littler stories? We warn you about an overly simplistic approach, “be like David.” But still; might...
Read More

Harry van Dyke: A Neo-Calvinist’s Retrospect of Lament and Celebration

Translating Kuyper, the rise of liberalism amongst the ICS and Neo-Calvinists, and reformation not revolution.

David is a type of Christ and "You aren't David" but is there more to the story than shadows and types?